My motivation for writing this post is to highlight some of the features not too heavily promoted in marketing collateral. These “under the hood” features are often my favourite ones, and they can be game changers in most environments. The list is far from complete, so if you are looking for the full overview, have a peak at the What’s New in Veeam Backup & Replication v9 document.

To prepare you for a long wall of text, here is a quick overview of this blog post:

I already spoiled this feature in my previous post. The console now supports connecting to remote servers, and is available as a separate MSI installer on the installation media (supports unattended deployment). This means you are now able to install the Veeam Backup & Replication console directly on your workstation. No more fighting with you colleagues for one of the two sessions available without Terminal Server licenses. The is the final piece in the puzzle of a full distributed architecture. Up until v9, the dependencies between Veeam.Backup.Service.exe and VeeamShell.exe were just too big. Finally, R&D did an amazing job at (quoting @Gostev) “splitting the Siamese twin”. 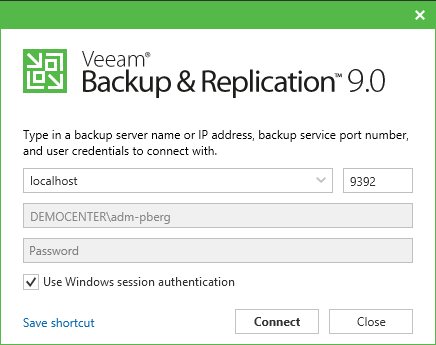 The best part of the feature is the fact that Veeam PowerShell snap-in installs as part of this component, and it includes my new favorite cmd-let: Connect-VBRServer. YES! No more PowerShell remoting to invoke your Veeam PowerShell scripts. I cannot stress how happy this makes me. There is one particular colleague in Product Management I need to buy a beer for sure.

There are multiple new configuration settings for repositories, and I have tried to summarize them in a checklist.

Note 1: Once enabled, you must perform an Active Full to activate the feature. Note 2: There seems to be a widespread misconception that per-VM backup files are the end of deduplication in Veeam Backup & Replication. This could not be further from the truth, as source side deduplication is still highly effective. When creating new repositories backed by deduplication storages such as EMC DataDomain via DDBoost, HP StoreOnce via Catalyst and ExaGrid via Accelerated Data Mover, per VM backup files will be enabled automatically.

After upgrading, some new features are disabled by default. It is highly recommended to change the job settings to leverage these new capabilities.

A blast from the past

Did you previously use my PowerShell script for performing active full backups to your less performant backup copy job target? The blog post Active Full Backup for Backup Copy Job is to this date still one of the most popular ones on this blog. Good news! There is now a simple checkbox to enforce this behaviour: 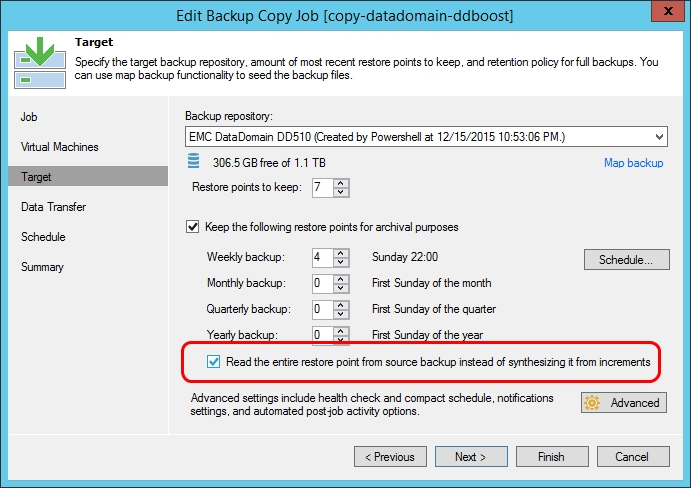 If you found this blog post to be helpful, I would be happy to see you sharing it with your social networks.